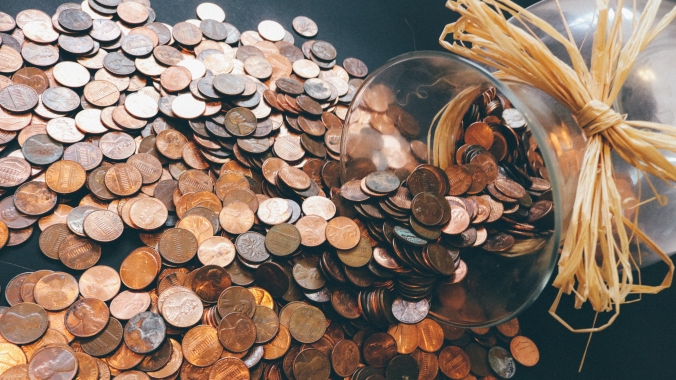 Last month, a friend of mine wanted a translation from English into Spanish, Italian and German, and while I recommended some of my trusted colleagues to her, she had mentioned that someone in her office had suggested they use Fiverr.

I shared my horror with my colleague and friend, Hannah Keet, and we bemoaned the fact that people seem to expect quality professional work, but are only willing to pay peanuts – but for peanuts, the quality will surely not be great. That’s when Hannah had the idea: why don’t we test this theory for ourselves through a “mystery shopping” exercise?

We decided to put our money where our mouths are and compare 4 Fiverr translations with our own work, to see if we’d get what we paid for, or be pleasantly surprised.

So, what is Fiverr?

It describes itself as “the world’s largest freelance services marketplace for lean entrepreneurs to focus on growth & create a successful business at affordable costs.” The freelancers on the site can offer a wide range of services (known as “gigs”) from a starting price of $5 (£3.98 – plus $1 processing fee).

The use of Fiverr has been controversial since its inception: while some freelancers claim that they have earned thousands on the site, it has come under fire recently as it is revealed that some people are not too fussy about the lengths they will go in order to earn that fiver.

While there are various reasons why people would want to offer their services on Fiverr (perhaps to earn a little extra money in addition to their main job, or to gain experience while studying), translation services on Fiverr have always been regarded with suspicion by the professional translation community, for many reasons:

– Most professional translators also have a specialism: financial, legal, literature, etc. As the “jack of all trades” adage goes, one person offering translation services in every single one of these sectors probably doesn’t have an expert knowledge in all (if any) of them.

– Since most sellers on the site were offering around 500-600 words for $5, which would take around 2-3 hours just for a first draft, this equates to around £1-£2 per hour of work. Even if you were a student, this is extremely low. How much care would you give to work that you’re only receiving £1/hour for?

There’s only one way to find out!

Choosing a text and our translators

Hannah and I chose a 500-word French article that related to tourism, our own specialisation, and chose four sellers, who already had great reviews, to translate it into English. We noticed that most of the FR-EN translators were based in the US or Morocco, but they all offered translation services from French to English and vice versa. There were not many British sellers for this language pair – maybe the exchange rate is indeed too low.

Because lots of sellers were offering the same services, we found that there was some pretty extravagant language being used, presumably to get more noticed: claims to offer “flawless” and “perfect” translations were common, and, weirdly, the promise to provide a “manual” translation also featured heavily. Did “manual” mean that they intended to not use any machine translation programs, such as Google Translate? Great, if so – but just in case, we ran the article through Google and Bing’s translation machines so that we could make the comparison. We also translated the document ourselves, of course.

Below is a quick roundup of our four translators. For each of them we chose their $5 gig, and the headlines are their own words, as written on the website.

Translator A
From: Morocco
Offers: 600 words in 2 days
Headline: I will…Translate english to french or french to english 600 words
Other info: Native French and Arabic speaker. “I speak English fluently in most of my everyday life.”

Translator B
From: Venezuela
Offers: 1500 words in 3 days
Headline: I will…Translate 1500 words of english, french or Spanish
Other info: Native/bilingual in English and Spanish, fluent in French. “I hold the Diplôme d’études en langue française B2 (DELF B2), [and] an English degree title from the Centro Americano-Venezolano del Zulia (CEVAZ)”

Translator C
From: UK
Offers: 500 words in 3 days
Headline: I will…Do flawless french translation to and from English
Other info: Native/bilingual in English and French. “your work will be handled properly and delivered promptly […] all text types are workable.”

*We had to cancel this gig – see below.

Fiverr is similar to online shopping – you just add your gig to your cart and pay straight away. But there is an option for the seller to request extra information before you send them the file.

In our case, only two of the four translators requested extra info: Translator C asked for the industry that the text related to, and Translator B asked the same, as well as what audience it was intended for. I was impressed by this second question, as forgetting to consider your new target audience is what makes so many translations ineffective.

Nevertheless, the lack of questions was also noticeable – none of them asked if I wanted the translation in British English or US English, which, as my profile stated that I was from the UK, should have been double-checked by all of them, as the translation would have definitely contained words such as organis/zation and travel(l)ed.

I received a confirmation message from translators A and B, and radio silence from the other two – which wasn’t very encouraging considering that you pay for the project upfront.

Eventually, that evening, I received a “ticket” from Fiverr saying that there was an issue with my order, and a message from Translator D: “Its 520 words you should add me 5$” [sic]. I apologised and asked if she’d do it if I made the text a round 500 words, and received a two-word response: “Its 350”. I realised then that I’d misread her gig description and, since she was being kind of blunt and unfriendly, cancelled the order. Clearly my $5 wasn’t going to get me any customer service.

With $5 credit on my account, I enlisted a new translator:

Translator E
From: USA
Offers: Translation in 1 day (no word count specified)
Headline: I will…Perfectly translate french to english or english to french
Other info: Native English, fluent/bilingual French. “Since I’m a Literature and Linguistics major in college, I love to read in various languages.”

Translator E confirmed the job, so now all we had to do was wait for the work to come back (and wait for a reply from Translator C).

Two days later, I received the first of the translations from Translator B, closely followed by A. I still hadn’t heard a peep out of Translator C, but decided to hold off until her deadline, by which time I could cancel it and get my money back anyway. The next day, after her deadline had passed, she finally surfaced, apologising for not seeing my order and promising to start work on it straight away.

She then delivered the translation 53 minutes later. Hmm.

Meanwhile, I had received an “important message” from Fiverr regarding my final translation: Translator E had officially missed her 1 day deadline, meaning that I could cancel the work. I chased her up asking if everything was OK and if it would be ready soon, and she assured me: “yes very soon”. She sent the translation through 11 hours later.

By this time, we already weren’t impressed. A professional translator would, at the very least, be responsive, be considerate about your needs and audience, and above all, deliver the work on time.

Still, we had all four translations back. But were they as fluent and perfect as promised? You can read our analysis of the texts in Part 2 of this post, on Hannah’s website.

(Meanwhile, a shameless plug: we are qualified, communicative, and never miss deadlines. If it’s professional translation services you’re after, feel free to contact me or Hannah!)

About me | My services