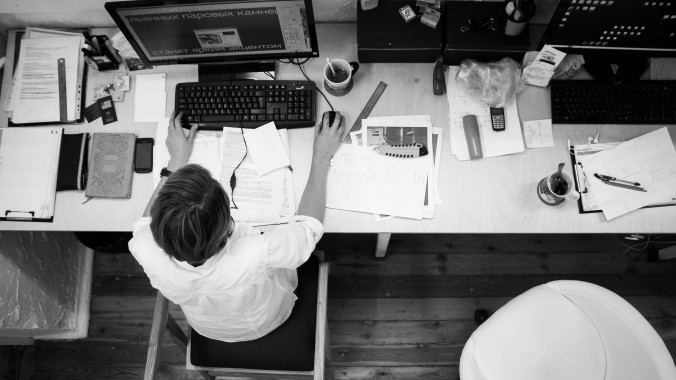 In my previous job, there was a Dutch guy and a French woman (and me) and we were always called upon to do quick translations for our teams. The company we worked for was in that funny position where there wasn’t enough demand for there to be a full-time in-house translator, but the need for small or urgent translations still arose from time to time – for things like invoice queries, training materials, and certain emails.

However, while you may need to occasionally fire off a quick email in another language, and it seems like a good idea to make use of the language skills you already have in your company, getting a random existing employee to do your company translations is not always a good idea and can sometimes do more harm than good. Here’s why:

It takes up their time and affects their productivity

It’s true that getting a member of your team to do your translations has one advantage: they’re already part of your company, so they might already have some background info about the document that needs translating.

However, even when you know all about the subject, translating still takes time; you’re essentially rewriting the document in another language.

Add in the extra time you need to check the translation against the original text, and to proofread the whole thing – and suddenly it seems a bit counterproductive to have that employee drop everything and include translations into their workload.

And of course, if they feel pushed for time, they may rush through it – which risks introducing mistakes and causes problems further down the line.

There’s a quote that I’ve seen flying around the internet: “Knowing 2 languages doesn’t make you a translator, any more than having 10 fingers makes you a pianist.” Your bilingual employee might be great at their usual job, but that doesn’t mean that they could easily translate everything that comes their way, especially if it’s a specialised document such as a contract.

Translating isn’t just about swapping word A for word B – it involves rewriting and conveying the message in another language and takes years of practice to get it right and done effectively.

If something goes wrong, it takes longer to fix

But. If the translation has been done by a non-native speaker, or has been translated overly literally, or actually doesn’t make much sense and can’t be used, or a poorly chosen word has changed the tone of the message and now its recipient is mad at you – it can take longer to fix these mistakes, do some damage control and potentially re-translate some parts, than it would take a professional translator to just do the translation in the first place.

For better results, it’s worth just outsourcing the work to a professional translator right from the off and let them start with a blank canvas. Sure, you might spend a little extra initial time finding someone, briefing them about your company and giving them some background information about the document, but if they craft professional translations that give you the results you were after, then it was worth the investment.

Meanwhile, your employee can get on with their own work!