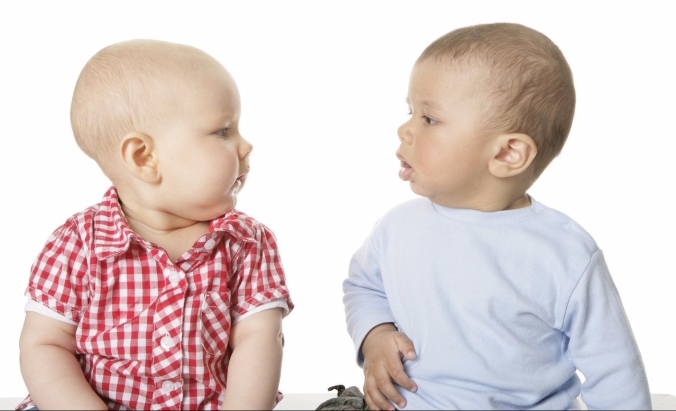 The benefits of being multilingual have long been proven. Studies have shown that aside from looking great on your CV, bilingualism boosts your cognitive and problem-solving skills, improves your memory, and even staves off Alzheimer’s.

It should come as no surprise, then, that the earlier you are exposed to foreign languages, the better. Not only do children pick up foreign languages much more easily than adults – their brains are more “spongy” and flexible – but, even though they’re still in the process of understanding their native language, learning a second one alongside it helps to boost their communication skills and academic results. According to research conducted by King’s College London, there is a “critical period” for language development between the ages of 0 and 4, where it is the ideal time to introduce a foreign language to your child.

As one of those unlucky people who was only introduced to curriculum-mandated languages at the age of 11, I have always wondered how you even go about teaching a baby a foreign language, when they’re still grappling with English. Fortunately, last week I was invited to find out, at a Kidslingo class for babies and toddlers.

Kidslingo is a UK franchise that delivers French and Spanish classes for children aged 0-11 years, and since a couple of my friends had been singing its praises, marvelling at how their 3-4 year olds were already chatting and singing away in other languages, I thought I’d go along to a local class and see how it’s done. For maximum results, I brought along my 17 month old nephew, Kai.

The Plymouth classes are run by former teacher Becky Maclean, who left her secondary school teaching job to start her franchise in February 2016. Becky tells me that these classes offers her more freedom in teaching styles than she had working in a school. “I left the profession as I felt a constant pressure, I didn’t feel like I was allowed to do my job properly, which was teach and inspire the students.”

To introduce the toddlers to the foreign languages (the languages are taught separately, so we attended a French class, followed by Spanish an hour later), Becky teaches French and Spanish versions of nursery rhymes that the children are already familiar with, including Old Macdonald (Le vieux McDonald), Five Little Ducks (Cinq petits canards) and The Wheels on the Bus (Les roues de l’autobus). This also gives the children (and parents!) the chance to learn vocabulary such as animals and transport in the foreign language.

The classes have a multi-sensory approach, so the children play with toy versions of the animals and vehicles as they sing about them. There are also light-up balls and a colourful parachute – great stimulation for young children. Becky even signs in Makaton while she sings, so there are actions to learn as well – all while aiding communication.

Kai plays with his “ballon”

Although Kai spent the first 20 minutes staring in bewilderment in the sudden switch in language, he seemed to get into it, and by the time we were in the Spanish lesson, he was dancing away to El Viejo McDonald! I was very impressed by some of the other toddlers there, who were already picking up a “bateau” or a “coche” toy when they were instructed to. Becky also sells CDs that feature the songs played in class, so that parents can continue the revision at home. Many parents have reported to her that the songs from her class are the only ones that calm their children down!

For Becky, this is the most rewarding part of her job. “I can honestly say that I love my job and I’m so glad that I started my business. I can now work around school hours for my [own] children. I love seeing the development of all of the children in my classes, seeing their confidence growing. When I hear from [parents] that they’ve used the language outside of class too, seeing how proud they are with themselves, I couldn’t be happier.”

So, if you want to introduce a foreign language to your baby or toddler, start the same way we do in English – with simple, everyday words and songs, which will gradually build up into longer sentences. But it’s not too late for us adults: why not find out if there is a class near you – for you or your children?!

Click here for more info about KidsLingo classes. For classes in Plymouth with Becky, you can find out more here.

2 thoughts on “How do babies learn foreign languages? A taster class with Kidslingo”